I landed in Narita Airport (close to Tokyo) on the 25th of March. There I met a Filipina (if you’re reading this, Hi Andrea!) who was traveling to Japan all alone for the first time. She reminded me of myself last year in November. I was full of excitement yet terrified (maybe she wasn’t terrified, but I sure was), not knowing what to do or which way to go. We talked for a little while, I helped her with some things and we had lunch together. Then she went on her way to Tokyo, and I stayed back in the airport waiting to catch my flight to Osaka.

Hello, Osaka! Coincidentally, a high school friend (Hi, Ate Lyka!) was there at the same time as me, so we decided we had to meet up at least once!

And so we went to Osaka Castle together. It was (pleasantly) weird to meet up with someone I know from way back home in a foreign country, but there we were. We made chika while exploring the place and I almost couldn’t believe when we found out we stayed at the exact same hostel! Second coincidence! Basically, we texted each other saying, “Hey let’s meet up at Otemon Gate of Osaka Castle before 9am. See you there.” And we were leaving and stayed at the same place for the night. It was funny.

We parted ways after lunch. I didn’t know what to do with my time left, so I decided to go to this glico sign (that man in sports clothes with his arms raised). I kept thinking, why do so many people take pictures with this billboard? I really don’t know the story behind it, but there I was… I was even taking selfies with it just because. Although I never posted it anywhere, if that makes a little less bandwagon-y.

The next day I went to Nara, where I saw the biggest temple ever.

But Nara is famous for the wild deer roaming around everywhere. The coolest thing is when they bow to ask for food! When you bow to them, they also bow. So freaking cool! I bought biscuits and fed them while walking. That went on for hours.

This photo is so good. This deer be looking fierce af.

Okay sooo… I didn’t really think Kobe was that interesting. I wasn’t sure how this day was gonna turn out. But… OH. MY. GOD. SOOOO MANY FULL BLOOM CHERRY TREES!

And don’t even get me started on the animals…… I mean, LOOK AT THESE FLAMINGOS. I was freaking out.

I’m proud to say I have seen with my own eyes how penguins walk.

Kangaroos! But where are their pockets??? Hmmm.

To be honest, I like the cold (around 15-23 degrees), but damn.. I wanted to swim in this pool. PS: spot the sea lions! What a view! Those cherry trees, that beautiful blue water, and those animals just chilling on the side.

Otters? I forgot. But they were cute.

RED PANDAS!!!!! My second favorite next to the flamingos!!! I also saw the normal panda, eating veggies and some green things….

There is a theme park right inside the zoo. Sooo…. you pay 600 JPY (~300 PHP), and you get stunning cherry trees lined on the paths everywhere you go, countless cool animals to see, and this theme park.

Last February, I went to Korea hoping to experience snow fall for the first time. I didn’t. But I found myself in Japan instead, standing underneath cherry trees while the wind blew causing the petals to fall down. SAKURA FALL!!! I tried to capture it on camera, but what the heck, that’s not gonna do it justice anyway.

It made me think how temporary these are. They just fully bloomed and their petals were already falling down. I feel so lucky to have been able to see them at this state. <3 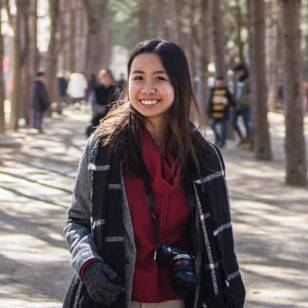 I'm a digital nomad slowly traveling the world. I write about nomad life, tips on where to go and the best gear to bring. When I'm not blogging, I make websites for clients as a frontend developer. 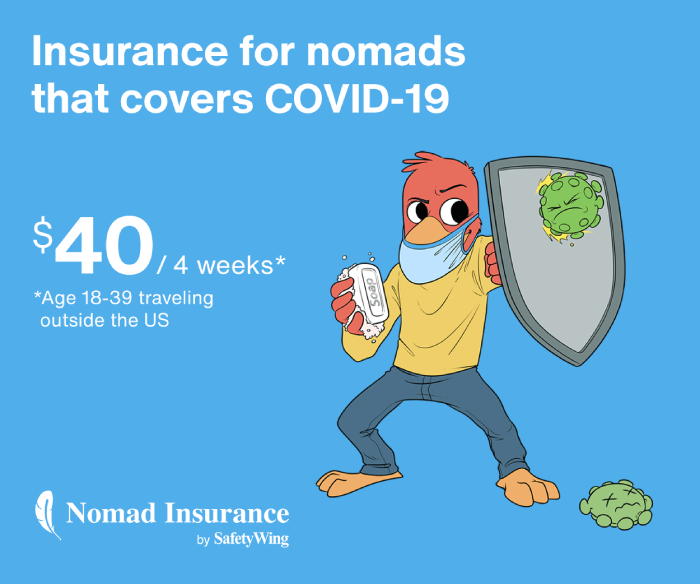